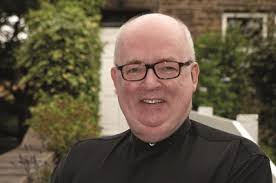 Simon Lindley is Organist of Leeds Parish Church and of Leeds Town Hall.

At the City’s historic and famous Parish Church his duties included the direction of its world-renowned Choir. He is also Music Director of St Peter’s Singers, one of England’s leading Chamber Choirs, and has served in that capacity since the foundation of the group in 1977.

Senior Lecturer in Music at Leeds Polytechnic from 1976 to 1987, Simon was in 1988 appointed to the new post of Senior Assistant Music Officer for Leeds City Council’s [then] Learning and Leisure Department, working on a kaleidoscopic diversity of productions in the office of the award-winning Leeds International Concert Season – notably weekly Town Hall Lunchtime Recitals, programmes for the Saturday symphony and choral concerts and as Artistic Advisor to the Leeds Summer Heritage Festivals from 1989.

Before moving to Yorkshire thirty-five years ago, Simon was organist to several famous London Churches [notably St Anne & St Agnes and St Olave, Hart Street, in the City], Organ Tutor at the Royal School of Church Music’s College of St Nicolas – then at Addington Palace, Croydon – and held posts at Westminster and St Albans Cathedrals and as Director of Music to St Albans School.

At St Albans, he was the first full-time assistant to the legendary Dr Peter Hurford OBE.

A notable 1969 début recital at Westminster Cathedral, and his acclaimed live broadcast from the 1975 Proms of the Elgar Sonata at the Royal Albert Hall established his reputation as a player of distinctive style. This reputation has been enhanced by an extensive discography including two best-selling Naxos CDs [French Organ Music from Leeds Parish Church and Handel Concertos with Northern Sinfonia] and an award-winning performance of the fiendish solo part in Khachaturian’s Organ Symphony with the BBC Philharmonic on Chandos conducted by Feyodor Gluschenko and recorded live at a concert in Leeds Town Hall.

Also for Chandos he has made a number of critically praised CDs as accompanist to cornet virtuoso Phillip McCann in the series The World’s Most Beautiful Melodies. Simon’s playing is also to be heard on many recordings by the Orchestra of Opera North – most recently with Paul Daniel in a Walton CD including Belshazzar’s Feast and the 1937 and 1953 Coronation Marches, and in Bartók’s Duke Bluebeard’s Castle under Richard Farnes.

As an orchestral organist, he has worked – and continues to work – with all the leading British orchestras, and very regularly as organist for concerts by Huddersfield Choral Society. He remains one of very few players regularly playing full oratorio organ accompaniments without orchestra. Recent solo work has included the Poulenc concerto with the Orchestra of Opera North and the Royal Liverpool Philharmonic. There have been recent performances of the Saint-Saëns Organ Symphony with the RLPO and, on a UK Tour, with the Warsaw Philharmonic. He undertook a similar tour in 2007 with Maestro Paul Freeman and the Czech Philharmonic.

In the 70s’ and 80’s, Simon worked as Chorus Master to two of the West Riding’s most famous adult choruses – Halifax Choral Society under Dr Donald Hunt OBE and Leeds Philharmonic Society with Meredith Davies.  He still conducts Leeds Philharmonic on a regular basis for the annual Lord Mayor’s Carol Concerts at Leeds Town Hall and is a life Vice-President of both choirs.

As a choral conductor, his work is to be heard on many recordings and broadcasts with the famous Choir of Leeds Parish Church whose director he has been since early 1975. Two trail-blazing Amphion CD’s of the two monodramas by doyen of British composers and former Minster Organist at York, Dr Francis Jackson OBE – Daniel in Babylon and A Time of Fire [Scenes from Tyndale’s Dream] – have attracted widespread critical acclaim; these historic performances, recorded in Leeds Parish Church, feature the composer at the organ, actor-dramatist John Stuart Anderson and St Peter’s Singers under Simon Lindley’s direction.

Personalia, awards and achievements:
Born in London, the son of an Anglican priest and a writer and the grandson of Belgian poet and art historian Professor Emile Cammaerts, Simon was educated at Magdalen College School, Oxford and in London at the Royal College of Music, studying organ, piano and voice. He is an Associate of the Royal College and a Graduate of the Royal Schools of Music [London].

He comes from a musical family. Simon’s sister Ruth was for years a leading member of the Choir of the London Oratory. His son Nicolas proved a notable Parish Church Head Chorister and soloist at Leeds and great-grandmother, Marie Brema, colleague and friend of Elgar, sang the role of the angel in the première of  Elgar’s The Dream of Gerontius at the 1900 Birmingham Festival.

Work in many capacities for the Royal School of Church Music has included directing RSCM courses on four continents. He is a member of the Royal School’s Advisory Board and holds the honorary diplomas of ARSCM [1987], and FRSCM – the latter presented in 2002.

In 2003, Simon succeeded the late Dr Lionel Dakers CBE [RSCM Director from 1973 to 1989] as Chairman of the Friends of the Musicians’ Chapel at Church of St Sepulchre-without-Newgate in the City of London – the National Musicians’ Church. He is also a Churchwarden of St Sepulchre’s.

Additionally on the national musical canvas, he is Chairman of the Ecclesiastical Music Trust [the charitable arm of the English Hymnal Company, a Trust founded by Ralph Vaughan Williams], a founder-trustee of the Sir George Thalben-Ball Memorial Trust and the longest-serving trustee of the John Pilling Trust. Simon is also a member of the Royal Society of Musicians and a Liveryman of the Worshipful Company of Musicians.

In Autumn of 2001 an honorary doctorate of Leeds Metropolitan University was conferred upon him in recognition of his services to the musical and civic life of his adopted city. He is the recipient of Honorary Fellowships from Leeds College of Music, the Guild of Church Musicians, the Guild of Musicians and Singers and, most recently, the Royal School of Church Music.  In Summer 2005 he received the Freedom of the City of London, where he began his career as an organist over forty years ago and in the Spring of 2006 he was the recipient of the coveted Spirit of Leeds award from Leeds Civic Trust.

A number of Simon’s small-scale compositions and carol settings for worship services have achieved widespread provenance. A very popular setting of Ave Maria is sung and recorded very widely in and by quires and places where they sing and his carol-arrangements include Now the green blade riseth – used very widely in churches, cathedrals and chapels of all denominations at Eastertide. Katherine Jenkins’ acclaimed CD Sacred Arias includes a performance of Simon’s Ave Maria.

Simon lives at the Moravian Settlement in Fulneck near Pudsey at the confluence of the West Riding rural and industrial heartlands. He is currently Grand Organist to the United Grand Lodge of England and to the Masonic Province of Yorkshire, West Riding.

He has four children and two grandchildren: Nicolas, the eldest son – with two children of his own – lives and works in Florida, USA; Dominic is Senior Economic Policy Advisor to the Consumers’ Association. Benedict – a stalwart of LPC Choir Tours – holds at BSc in computer science from Leeds Metropolitan University and works in IT. Rebecca is currently recently returned to Leeds, having recently graduated from the University of Northumbria.