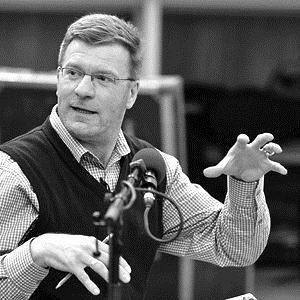 Rupert first started composing as a child and gained some success with his orchestral suites that he wrote aged 12. His music (mostly choral) is characterised by a particular intensity and immediacy which maps perfectly onto the occasion. In addition to organ music and music for ensembles, he has composed over 150 settings of the Psalms (used in worship) in a variety of translations and in a range of stylistic idioms.

In 2000 at short notice (due to the incapacitation of the Master of the Queen’s Music), Rupert composed the key-note anthem for a National Service attended by HM the Queen, the Archbishop of Canterbury and the Prime Minister. This anthem Here is my servant has been recorded by the St Michael’s Singers on the Regent label. Also in 2000, Rupert composed his Third Service, a setting of the Magnificat and Nunc Dimittis (in Gb and F# respectively), which has been broadcast regularly and is in the repertoire of numerous Cathedral Choirs such as St Paul’s London, Truro, Chester as well as St Thomas’s Fifth Avenue, New York. He also composed a cantata The Prophet, which uses a translation by Ted Hughes from Pushkin based on Isaiah 6.

Missa Jacet Granum was commissioned in 1998 and first performed by Canterbury Cathedral Choir. There are also many other pieces, such as carol arrangements and original pieces that are all characterised by both profundity and wit, with his Advent Calendar (to words of Archbishop Rowan Williams) being particularly effective. His jazzy arrangement of a Caribbean blessing Now Go in Peace is published by the RSCM in the Silver Collection. For the Consecration of Brisbane Cathedral in October 2009 he composed a short anthem God be with us in our Lives, as well as an orchestral piece The Disciples Awakening for 12 string players.

His setting of Laudate Dominum (for two-part trebles, two pianos and organ) was premiered at the International Church Music Festival in Coventry in 2000, and he continues to compose much occasional music for ceremonies, worship, events and occasions.