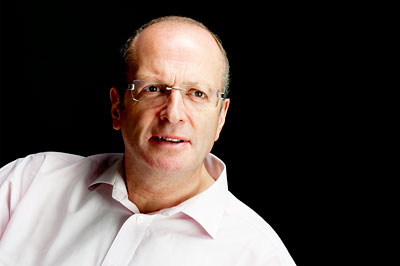 Paul Spicer began his musical training as a chorister at New College, Oxford. He studied with Herbert Howells and Richard Popplewell (organ) at the Royal College of Music in London, winning the top organ award (the Walford Davies Prize) in his final year.

Paul is best known as a choral conductor, partly through the many CDs he made with the Finzi Singers for Chandos records. He conducted Bach Choirs in Chester and Leicester before moving to conduct the Bach Choir in Birmingham in 1992. He conducted the Whitehall Choir in London between 2000 and 2017 and is Conductor of the Petersfield Musical Festival. He is a regular guest conductor with the BBC Singers. He taught at the Royal College of Music in London between 1995 and 2008. He now teaches choral conducting at the Royal Birmingham Conservatoire, where he also directs both chamber choirs, and at Oxford and Durham Universities. The Royal Birmingham Conservatoire’s principal chamber choir has an increasing recording presence. It’s first disc To Music was outstandingly reviewed by MusicWeb International who described it as ‘one of the finest discs to have come my way in a long time’. Their recording of music by James MacMillan and Kenneth Leighton was attended by MacMillan and was released in April 2011 and has received five star reviews. Part songs by Ireland and Delius were recorded for Somm Records followed in 2012. A first ever recording of Stanford part songs was released July 2013 including a number of world premiere recordings. Their disc of rare Howells was Editor’s Choice in The Gramophone in December 2014. The complete choral works of Samuel Barber was released in 2015 with the English Visionaries disc of music by Vaughan Williams, Holst and Howells following in 2016. John Joubert’s 90th birthday in 2017 was celebrated in their next disc with many premier recordings. The music of Richard Rodney Bennett with many more first recordings is their most recent release.

Until July 2001 Paul Spicer was Artistic Director of the Lichfield International Arts Festival and the Abbotsholme Arts Society, posts he relinquished in order to pursue a freelance musical career. He was Senior Producer for BBC Radio 3 in the Midlands until 1990 and today is in considerable demand as a composer. He has also been a much sought-after recording producer and, in particular, has produced over forty recordings with the organist Christopher Herrick.

The first complete recording of Paul Spicer’s large-scale Easter Oratorio, originally commissioned as part of the Lichfield Festival Millennium celebrations, was released in 2005 and has received considerable critical acclaim, the work being recognised by Gramophone Magazine as ‘the best of its kind to have appeared… since Howells’s Hymnus Paradisi’. It was also chosen as Editor’s Choice in the same magazine. The Deciduous Cross, a work for choir and winds based on five poems by RS Thomas and premiered in June 2003, was commissioned for Paul’s tenth anniversary as conductor of the Birmingham Bach Choir and was recently recorded by the Whitehall Choir. It was described as ‘a deeply-felt composition, almost intoxicatingly melodic throughout to create a chaste kind of spiritual ecstasy in which elements of reviving nature figure strongly’. A recording of his complete works for organ, played by Robert Sharpe, was released in 2006 from Truro Cathedral, and a recording of his shorter choral works performed by the choir of Selwyn College, Cambridge, was made in 2008. Individual works appear on discs by various artists and his Kiwi Fireworks for organ has been recorded five times. Paul’s new large-scale choral and orchestral work, Advent Oratorio, to another libretto by renowned New Testament scholar, Bishop Tom Wright, who wrote the text for the Easter Oratorio, was premiered in Lichfield Cathedral on 5 December 2009 and received the first performance in its newly revised version in 2016. His most recent major commission is a choral symphony, Unfinished Remembering, commemorating the centenary of the first World War in 2014. The poet Euan Tait wrote the libretto. The work was premiered in Symphony Hall, Birmingham to great acclaim in September 2014. 2015 onwards saw the publication of a whole series of Paul’s choral works by Boosey & Hawkes. 2017 saw the publication of all his organ music by Trumph publications in Sweden.

Paul Spicer’s highly acclaimed biography of his composition teacher, Herbert Howells, was published in August 1998 was reprinted twice and republished in 2014 and again in 2016. His full-scale biography of the composer Sir George Dyson was published by Boydell Press in 2014. He was awarded a major grant by the British Academy to take a sabbatical period to further the research for this work. He is now working on a biography of Sir Arthur Bliss for the Crowood Press and has been awarded another British Academy grant to further research for this project. His English Pastoral Partsongs volume for OUP is widely used. As a writer he has written countless articles for many periodicals and is a contributor to the Dictionary of National Biography. He has twice written an overview of all James MacMillan’s choral music commissioned by Boosey & Hawkes, his publishers. Boosey and Hawkes commissioned a practical guide to the choral music of Benjamin Britten for his centenary in 2013 and Paul has given many lectures and workshops of Britten’s music during the centenary year.

Besides these major projects Paul Spicer is in great demand for his choral workshops which take him all over the world. In July 2011 he gave a the first Proms Extra choral workshop on Havergal Brian’s giant Gothic Symphony for the Proms. He runs a series of annual choral courses under the banner of his Foundation, the English Choral Experience. These take place at Dore Abbey in the Golden Valley of Herefordshire, in Europe at Easter, and a variety of locations around the UK for the Camerata weekends for expert ameatur singers. These include Orford, Suffolk, St. Cross Hospital, Winchester and Durham Castle. (www.englishchoralexperience.co.uk). He is a broadcaster, lecturer and popular speaker. He visits the USA most years as a visiting lecturer and conductor at the University of South Carolina and Trinity Cathedral, Columbia.