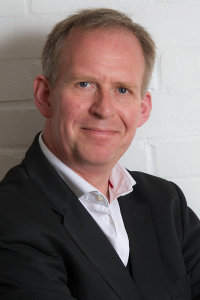 Michael Cayton is Director of Music at St John’s Wood Church. He has a truly varied and distinguished professional career, as an organist, trumpeter and conductor. In his early career he passed through the Royal Military School of Music at Kneller Hall before serving with the Grenadier Guards as a trumpeter, organist and pianist. On leaving the military, he studied piano at the Royal College of Music where he attained his BMus and ARCM and won the Hilda Anderson Deane prize for conducting and improvisation.

After graduating, Michael Cayton worked as repetiteur (an accompanist and tutor of musicians and opera singers) in the Royal College of Music opera department and was appointed the first organ Scholar at the Royal Hospital, Chelsea. During that time, he worked as an accompanist and repetiteur for another large chorus in Hertfordshire. When he was unexpectedly asked to conduct them for a rehearsal, he enjoyed it immensely. From that moment on he was hooked on conducting.

While focussing on developing his skills and experience in choral directing, he fulfilled extensive engagements as an organ and piano recitalist and accompanist in the Wigmore Hall, Westminster Abbey and other leading venues in London and Europe. He has broadcast on BBC Radio 2, BBC Radio 3, the BBC World Service and on television.

Michael Cayton also holds the posts of Conductor to Watford Philharmonic, Organist at Belsize Square Synagogue and Conductor of the Chiltern Choir. As well as the classical repertoire, Michael has eclectic musical tastes and is an accomplished performer of many styles of music including jazz and fusion.