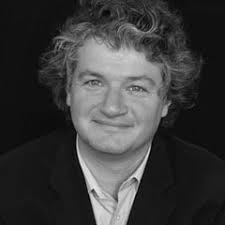 One of Canada’s foremost organists and church musicians, Matthew Larkin has forged a successful career in many musical forums, including as choral and orchestral conductor, composer and arranger, accompanist and recording artist. He is the Founding Artistic Director of Caelis Academy Ensemble, Ottawa, Music Director of the Anglican Chorale of Ottawa, Principal Family Conductor of the Ottawa Pops Orchestra, and maintains a busy calendar of recital, conducting, and collaborative projects. Performances this season include conducting Israel in Egypt with Caelis Academy Ensemble, Carmina Burana with Ottawa Choral Society (piano), a solo recital of Messaien’s organ works with Toronto’s Confluence Concerts, as well as Bach’s St. John Passion (organ) with Ottawa Choral Society, and Charpentier’s Messe des morts (organ) with Ottawa Bach Choir. For the past two decades, Matthew has made his home in Ottawa, where he has served as Director of Music of both St. Matthew’s Church and Christ Church Cathedral. Matthew lead the Choir of Men and Boys of Christ Church Cathedral on several cathedral residencies in the UK, including Ely, Salisbury, and St. Paul’s Cathedrals, and Westminster Abbey.

His extensive liturgical music experience has included appointments at the Church of St. John the Divine, Victoria, St. James’ Cathedral, Toronto, and St. Thomas’s Church, Toronto. While Music Director of the Ottawa Choral Society (2005–12), Matthew introduced many new works into the choir’s repertoire, collaborating frequently with the National Arts Centre. As a choral and orchestral conductor, he has led performances of a wide range of oratorio and symphonic works.

A published composer, Matthew Larkin’s music has been performed and recorded worldwide, and he is frequently in demand as an instrumental and choral arranger. He has worked extensively with instrumental ensembles as soloist and guest conductor, and has appeared as organist with the Gabrieli Consort, the National Arts Centre Orchestra, the Ottawa Symphony, the Victoria Symphony, the Theatre of Early Music, and the Toronto Symphony Orchestra.

Matthew Larkin has been featured as solo guest artist and collaborator with many of Canada’s summer music festivals, including Ottawa’s Chamberfest, the Elora Festival, and the Music and Beyond Festival. A Fellow of the Royal Canadian College of Organists, he has concertized throughout Canada, the United States, the United Kingdom, France, Italy, and China.

A native of Oxford, UK, Matthew spent his childhood in Kingston, Ontario, where he received his early musical instruction in singing, piano and organ playing, as well as liturgical composition. He later attended the University of Toronto (as Organ Scholar of Trinity College) where he studied with John Tuttle, and the Royal College of Music, London, where he studied with Nicholas Danby.