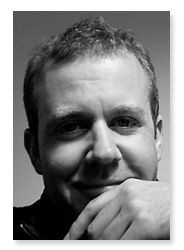 Having begun his musical education as Head Chorister of his parish church choir in Kent Matthew went on to read Music and English at Lancaster University where he studied singing with Mary Hitch and directed the University Chamber Choir.

While training as a teacher in Canterbury Matthew became director of the Kent Youth Barbershop and his college chamber choir.

Specialising in oratorio and English song, Matthew has performed as a soloist in St John’s Smith Square, St Martin in the Fields and on choral tours of France and Italy. As well as deputising with several London choirs and Canterbury Cathedral Choir he sings with the Vasari Singers, one of Britain’s leading chamber choirs, and has sung solo baritone with them in numerous performances and for several recordings.

Matthew is also a composer and arranger mainly of liturgical choral music. His two sets of Versicles and Responses are published by Shorter House and have been performed by the Vasari Singers in Bath Abbey and Chester Cathedral.

Until August 2017, Matthew was Director of Music at St Dunstan’s College, Lewisham. He has recently been ordained and is Assistant Curate at St John the Evangelist, Ranmoor, in the Diocese of Sheffield.