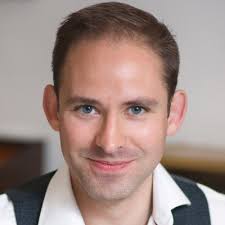 James has written music for the choir of Westminster Abbey, Graham Johnson with The Songmakers’ Almanac at the Wigmore Hall, Guy Bovet, James Bowman, for the service in King’s College Cambridge celebrating the university’s 800th anniversary, and was one of the composers of Song in the City’s collaborative song cycle ‘Voices of London’. His work has been performed by English Voices, Vivamus and the choirs of St Paul’s Cathedral and Trinity College Cambridge, with recordings by the choirs of Girton and Selwyn and the chapel choir of Bedford school.

Theatre music includes Io Theatre Company’s adaptations of A Christmas Carol and The Snow Spider, their realisation of J. M. Barrie’s A Well Remembered Voice and their forthcoming production The Confessions of Fanny Cradock. He wrote new musical Miracles at Short Notice (MusicalTalk’s pick of the 2011 Edinburgh Fringe) andthe award-winning 2007 total Fringe sell-out show Tony Blair – the Musical (“runs the melodic gamut from near-Weillian severity to knowingly schmaltzy balladry, and is packed with rich, tight harmonies” – The Daily Telegraph) and performed in 2006 one-man musical The Rise and Fall of Deon Vonniget (“very funny…fantastically skewed” – the New York Times). Other productions, as both a composer and musical director, include Peter Pan: the Revenge of Captain Hook, Theophilus Scatterdust’s Magical Gift, The Borrowers, With Blacks, Lysistrata, NewsRevue and a setting of new words by Andrew Motion for Bush Theatre’s Sixty-Six Books at Westminster Abbey. Short film scores include Death Sentence, The Ghost of Kirkton Fell, A Hand in the Bush and Savage Mountain. He was composer-in-residence at Bedford School and is Director of Music at Westminster Abbey Choir School.