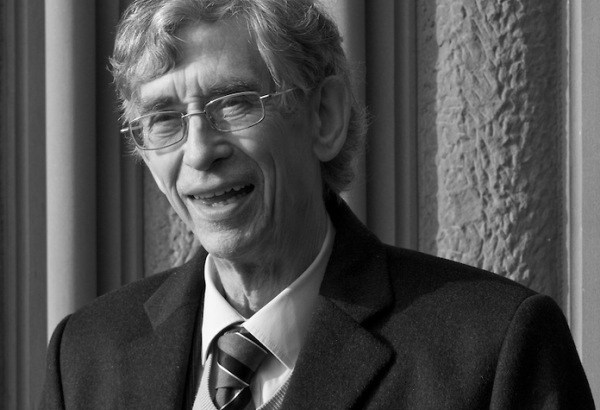 Colin Mawby, who died aged 83, was a conductor, composer and organist known for his love of polyphony, his engaging personality and his enthusiasm for choral singing; he played for the Queen at St Paul’s Cathedral, President Kennedy at Westminster Cathedral and two popes at St Peter’s in Rome.

From 1961 Mawby was master of music at Westminster Cathedral, where he tried in vain to resist the liturgical reforms of the Second Vatican Council, regarding them as leaving Catholic music “in an unsatisfactory state”.

Despite such issues absorbing his time, Mawby continued to lead his choristers in the daily offices of the Church with professionalism while championing composers such as Lennox Berkeley, the premiere of whose Five Part Mass, commissioned by Cardinal Heenan, he directed in 1964.

Mawby’s tenure ended after 14 years in a dispute about musical policy and the future of the cathedral choir school that was aggravated by personality conflicts. Matters came to a head shortly after Cardinal Heenan’s Requiem in 1975, after which Mawby was asked not to carry out his duties in the cathedral, although he was involved in Cardinal Hume’s installation in 1976. In 1979 he was succeeded by Stephen Cleobury, who died two days before him.

Colin John Beverley Mawby was born in Portsmouth on May 9 1936, the son of Bernard Mawby, a Roman Catholic convert, and his wife Enid (née Vaux). He was educated at St Swithun’s Primary School, Portsmouth, but his mother’s death when he was three, and the Luftwaffe’s blitz of the city, made him an unruly child.

Although a conventional boarding school was beyond his father’s means, young Colin had perfect pitch and was one of the first choristers when Cardinal Griffin reopened Westminster Cathedral choir school in January 1946. He sang for 14 services a week in repertoire that was largely plainchant and polyphony, recalling how by the age of 12 he was “very fortunate” to be assisting George Malcolm, the master of music, in the organ loft.

Thanks to Malcolm’s contacts Mawby entered the Royal College of Music at the early age of 15. He was choirmaster at a couple of London churches and at Plymouth Cathedral before returning at 23 to Westminster Cathedral as assistant to Francis Cameron, Malcolm’s successor. Cameron left after two years, whereupon Mawby became master of music.

After parting company with the cathedral Mawby, who also taught at Trinity College and directed an amateur choir, re-emerged in 1978 at Sacred Heart Church, Wimbledon, his last church appointment. Around that time he wrote an article articulating how the church’s liturgical changes had caused so much anguish.

“We have seen many extraordinary advances since Vatican II, but also the destruction of much that was good,” he wrote, urging fellow Catholics to “see what of the old can be incorporated into the new”.

Meanwhile, a nun in the amateur choir drew his attention to an advert for the post of choral director at RTÉ in Dublin. Despite no previous connection with Ireland he settled happily there. Matters were eventually smoothed over at Westminster Cathedral and his return visits were well received.

It was not until he was 52, soon after the birth of his first son, that Mawby took up composition seriously: “I remember going into his bedroom and looking at his crib and thinking to myself, ‘I have to support this baby and I have to get him through university, I have to educate and clothe him. How am I going to do this?’ I thought, ‘The only thing I can do is compose.’ So I decided to sit down and seriously work at composition.”

His output was prolific, including masses, motets and hymn tunes, as well as two secular operas for young people. “Religious belief is fundamental to my work,” he said. “Without faith I couldn’t compose.”

In 2006 he conducted his 70th birthday concert in Ireland, expressing delight at having no responsibility for its planning. “All I do is wave my arms,” he said. “I don’t have to organise anything, it’s all done for me … why didn’t I think of this years ago?” From 1994 to 2017 he published Vivace!, a newsletter for church choirs. Mawby, was awarded a papal knighthood in 2006.