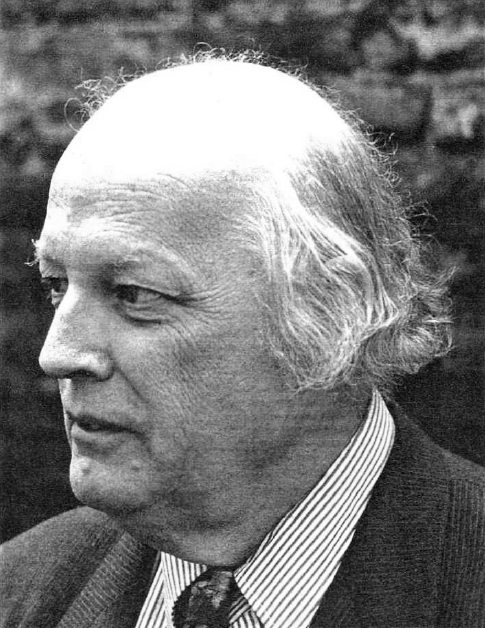 Born at West Wickham, Greater London, England, Alan Ridout studied briefly at the Guildhall School of Music before commencing four years of study at the Royal College of Music, London with Herbert Howells and Gordon Jacob. He was later taught by Michael Tippett, Peter Fricker and (under a Dutch government scholarship) Henk Badings.

His works include church, orchestral and chamber music, much of it for children. His style is mostly tonal, though in younger life he wrote some microtonal works.

Alan Ridout worked regularly with the Leicestershire Schools Symphony Orchestra (LSSO). Ridout’s Three Pictures of Picasso, originally written for the National Youth Orchestra, was performed by the LSSO at a De Montfort Hall concert conducted by Rudolf Schwarz in 1964 in the presence of the composer. Ridout then composed his second symphony for the LSSO and dedicated it to Michael Tippett to mark his 60th birthday (though Ridout did not hold Tippett in high regard). The symphony was first performed in 1965 and also featured in the television programme Overture with Beginners (see video link below). The 1967 Leicestershire Schools Music Festival included a number of LSSO commissions and in May that year Ridout’s dance drama Funeral Games for a Greek Warrior made its debut at De Montfort Hall. In July 1967 the LSSO made its first commercial disc for the Pye Golden Guinea label and Ridout responded to a request for a short work for inclusion on the disc by composing a lively Concertante Music. The work’s debut took place on a record rather than at a public concert. Concertante Music was then taken on the LSSO tour of Denmark and Germany in September 1967.

Alan Ridout lived for much of his life in Canterbury. He died in Caen, France.

This entry is from Wikipedia, the user-contributed encyclopedia. It may not have been reviewed by professional editors and is licensed under an Attribution-ShareAlike Creative Commons License. If you find the biography content factually incorrect or highly offensive you can edit this article at Wikipedia.